← more from
Ahead of Our Time
Get fresh music recommendations delivered to your inbox every Friday.
We've updated our Terms of Use. You can review the changes here. 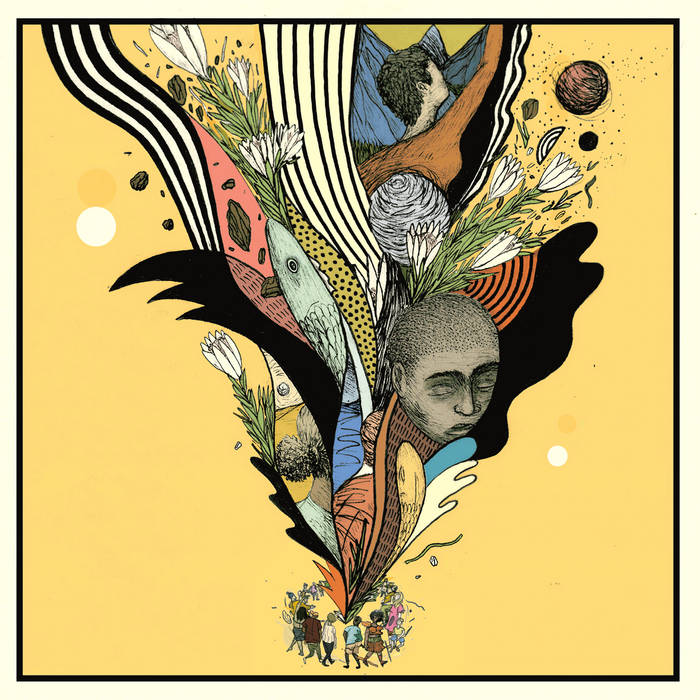 Peter Uvin this is an absolutely amazing record--a tight fusion of African musical styles and jazz, played by brilliant musicians. the rhythms, the melodies, the improvisation, the production--it is all outstanding. One of my top-10 of the year for sure. Favorite track: Freedom Groove.

Mr Crumbone This is such an amazing album, so many great spirits together... but still so coherent & full of groove... This one is gonna end high in my best of 2020... Favorite track: Freedom Groove.

Zontar the Thing in Swissvale

The album collaborators are as follows:

Additionally, The Watts Prophets (Los Angeles) and Antibalas (New York) have contributed to the album.

The final product is a future-facing assemblage of influences, drawing connections between different points in a jazz-tipped, soulfully-minded spectrum; it builds outwards, from the solid musical foundations of those first sessions, featuring the likes of Thabang Tabane, esteemed percussionist and son of the legendary Phillip Tabane. On the one hand, there are gqom beats, interlaced with activist chants and and Tony Allen’s live Afrobeat drums; on the other, there are warm, lyrical meditations, aided by horns and keys. The name “Keleketla” means “response”, as in “call-and-response”, a title which speaks to the project’s aim: to build out a shared musical ground, traced across different recording sessions, continents apart.

It all started with Johannesburg’s Keleketla! Library, an independent library and media arts initiative, stocked since its 2008 inception with donated items from the local community. Run by artists and musicians Rangoato Hlasane and Malose Malahlela, they met Ruth Daniels of the charity In Place of War (where a portion of the proceeds from the record will go to) who asked who they would choose for a musical collaboration with South African artists. Ra and Malose named Coldcut. The UK duo responded to the invitation to make a trip to South Africa for the recording sessions (supported by the British Council) and so the story started to grow. The duo had long nurtured an interest in South African jazz, and it was through Mushroom Hour Half Hour co-founder Andrew Curnow, whose label and collective have been part of the vanguard of a new generation of jazz-influenced acts from Jo’Burg and beyond, that they were connected to the players for the sessions.

The main sessions took place at Soweto’s Trackside Studios, where they started a set of songs and settled down to rehearse and record them. Upon returning to the UK, Black and More sought out extra collaborators, setting up sessions with musicians who could expand and re-imagine the album’s horizons. In many cases, this meant building on the sessions in Soweto, such as in ‘Crystallise’, where Tamar Osborn’s sax parts were added to the lyrics that Yugen Blakrok laid down in Trackside. In other cases, they led to new tracks altogether, such as ‘Freedom Groove’, which came out of an off-the-cuff jam between Tony Allen and Matt Black; Allen’s drum part was taken to build a new track, overlaid with fat, battle-cry brass from Antibalas, and a powerful call to freedom from The Watts Prophets in L.A.

Music and politics is a recurring theme on the record, most notably on ‘Future Toyi Toyi’, recorded in Khayelitsha, which features a recording Black and More made of hip-hop activists Soundz of the South, singing a revolutionary chant, referenced in the title, combined with – amongst other elements – a gqom track by Durban producer DJ Mabheko for the single version. Their creation was partly inspired by their experiences with the Keleketla! Library, who held a party during their stay. At the party, they saw the library’s co-founder Hlasane mix a recording of a student chant into a fiery, uptempo moment in his set, sending the crowd into a frenzy. It was a moment where they were reminded of how closely entwined politics and music can be. “It was almost a religious experience,” recalls Black, “to see the effect music could have in galvanising the audience like this.”

Likewise, ‘Papua Merdeka’ centres around a political invocation. Led by Benny Wenda, it’s a call for freedom for the nation of West Papua from Indonesia, which Wenda fled in 2004 after being persecuted by the Indonesian military. He now leads a campaign from his home in Oxford, where the vocals for the track were recorded. Tony Allen, the rhythm behind Fela Kuti’s Afrobeat revolution, recorded the drums, along with Miles James, a guitarist who’s played with Michael Kiwanuka and Yussef Dayes, and who – as the son of an old family friend – featured in a Coldcut video when he was just a year old.

“Keleketla!” is about finding musical connections. Starting with the tight community around the Keleketla! Library, this project has grown out of those closely forged bonds that can develop around music. Recalling the records he was introduced to and friends made while in South Africa, More says, “There’s music lovers everywhere and that’s what we thrive with.” “Keleketla!” is about embracing that call-and-response tradition, and seeing where it takes you.

Bandcamp Daily  your guide to the world of Bandcamp